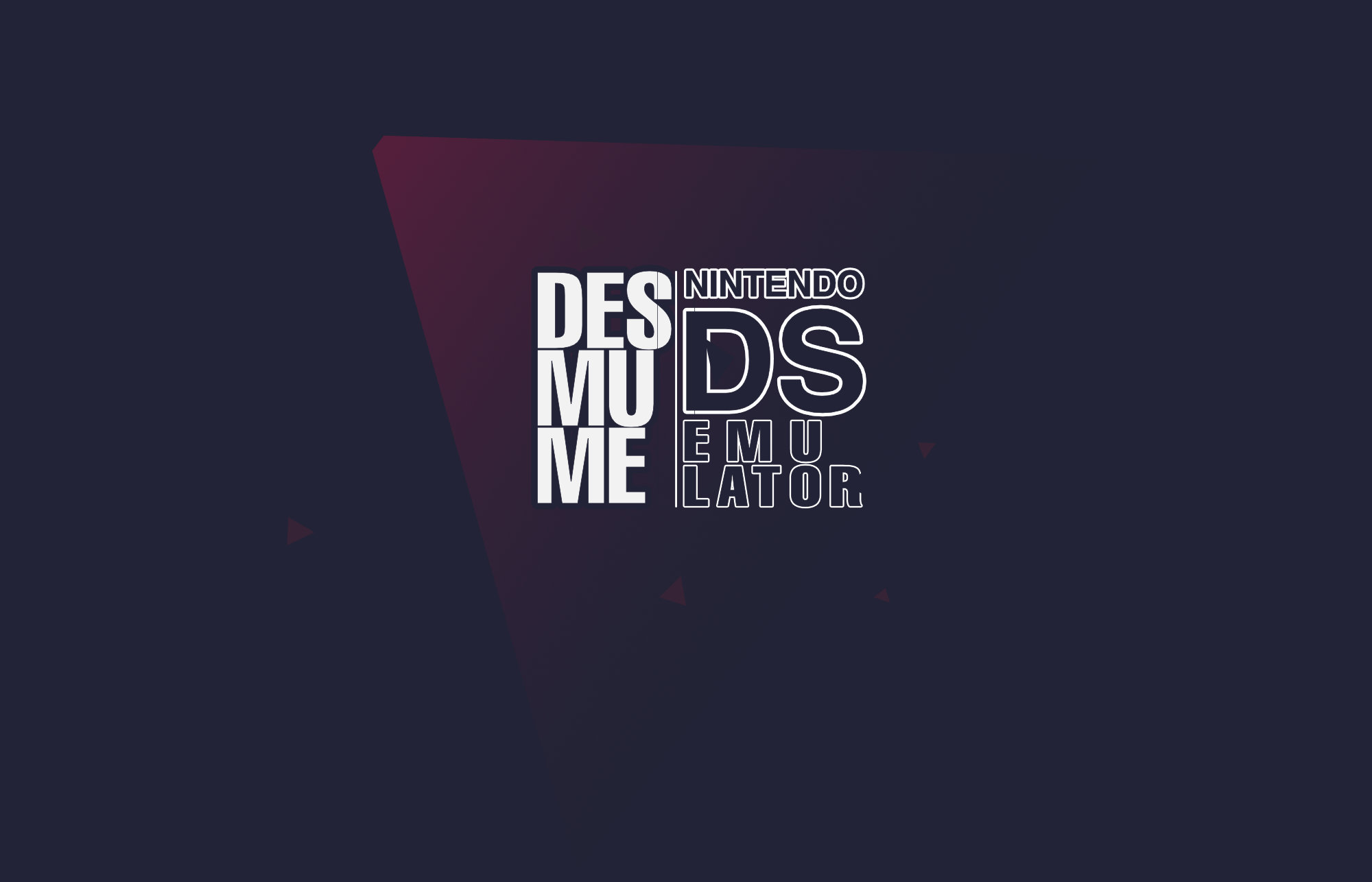 Platform
Windows, Linux, MacOS, iOS, Android
Developer
YopYop156, DeSmuME Team,
Release date
April 15, 2015
Download
https://desmume.org/download
DeSmuME is the first emulator for the Nintendo DS, DS Lite, DSi game console that allowed popular games to be played with the accuracy of the original console. DeSmuME supports platforms such as Windows 64bit, Linux, MacOS, and also has an iOS version for iPad and iPhone called iNDS emulator. And also the NDS4Droid emulator for Android. These two console emulators, iNDS and NDS4Droid, are based on the DeSmuME core and are designed for ARM-based devices running iOS and Android.

DeSmuME can be called a Swiss army knife in the form of an emulator for the Nintendo DS that gives access to a variety of tools such as ROM properties, Action Replay cheats. In addition to everything, it is necessary to mention the not unimportant plus that is grooving as an open-source project.

Also called the best Nintendo DS emulator for PC, this emulator is perfect for speedrun, Youtube streamers and casual players. Has Homebrew and debugger support via GDB. DeSmuME has RetroArch and OpenEmu Nintendo DS support and is also used by some Nintendo DS mobile emulators.

Initially, the emulator had a similar name to the nickname of his author YopYop156, emulator YopYop DS and was written in C ++ for Windows which allowed running some games from NDS roms. As far as we know, the author of the emulator from France and the emulator itself had an interface in French, but was later translated into English and other languages, which reached a larger audience of users. When it comes to support and run games, DeSmuME shows the best level of compatibility compared to emulators like iDeaS and Dualis which have problems running some games.

The latest version of DeSmuME 0.9.11 was released on April 15, 2015. The developers focused on fixing many kernel bugs and improving the UI that builds on the Cocoa Frontend. Many users have noticed that the latest patch has improved the performance and compatibility of most popular titles such as Pokemon Black and Pokemon White.

For Mac users, the update was released on September 6, 2021, which can be downloaded from the link in the description.

For the tests of this Nintendo DS emulator, we chose the popular game Pokemon Black. Why do you ask Pokemon Balck & White? Pokemon fans can with one voice say that this is one of the most unique series in the franchise and is even independent to some dimensions. They are not perfect, but the tendencies and ideas embedded in it make it the best of its kind.

Pokemon Black and Pokemon White were released in Japan in 2010, and a year later the rest of the world saw them. This series became representatives of the so-called fifth generation of the series under the slogan “Start from a new beginning”, which quite accurately reflects the essence of the new generation. This attempt by Game Freak was most likely aimed at a new audience. The game had the usual PEG 6+, but was primarily aimed at teenagers, which in turn meant a new approach to creating games in general.

The game has evolved quite a bit, with over 150 new Pokemon in addition to 493 old Pokemon for a total of 649 Pokemons. But at the same time, the spirit of the first generation is visible. Pokemon Black retained the basic features and traditions from previous versions, but also tried to change, expand the game universe already familiar to players. The game had to grow up with its audience. Characters with their own history and elaboration, which, as the game progresses, open up from a new side.

According to the story in the new series, you play not as the usual protagonist, but as two characters, each of which has its own character and outlook on the world. Their connection in the game follows you and the clash of opinions brings new mechanics. The game does not give an unambiguous answer as to how everything should be decided.

This is also worth mentioning that Pokemon Black / White is known for its endgame. This is quite unusual, after the player becomes a champion, the main story of the game doesn’t end. After that, we get the opportunity to cooperate with Interpol and catch the co-conspirator of the antagonist Ghetsis. In addition, the player will meet with the legendary Pokemon and the legendary champion Sinno – Cynthia.

On the technical side, the game brought variety in the form of seasons, new battle formats and new online features. Improved the graphics of the game.

In conclusion, we can say that after more than 10 years, the game still impresses with its thoughtful world and perfect storyline from which you will be delighted. And if you haven’t played Pokemon yet, then this series will be a great start to get acquainted. The style, the graphic component of the game is not outdated for a second and can compete with the pixel games of 2021, and in some moments even be better them altogether.

Start your N story today, and DeSmuME emulator for PC or the android version of the emulator called iNDS will help you with this.