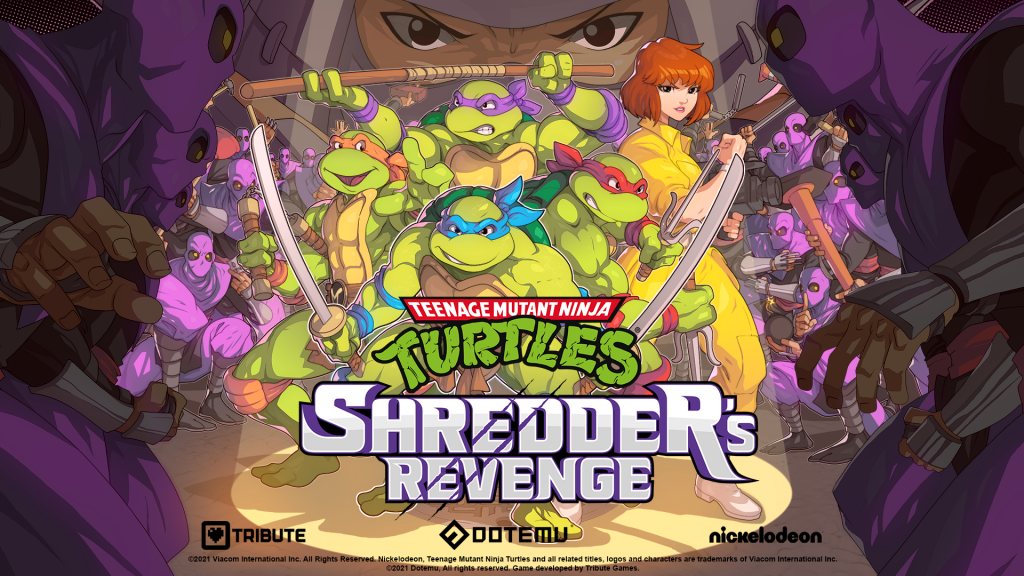 Teenage mutant ninja turtles: shredder’s revenue. How does this headline make you feel?

Nostalgia, joy, challenge, laughter… Yes, these are the good old ninja turtles with whom we grew up, cartoons, films, and most importantly, a console game for the Nintendo platform, in which we played for days on a fly, trying to break personal records and defeat the main villain Schroeder.

So what does this mean? This means that the Canadian studio Tribute Games comes from Ubisoft, which has panzer paladin on its account. We decided to revive the popular series of the good old console game, making it more colorful, dynamic, exciting but at the same time familiar beat-em-up game in the setting of the cult animated series in 1987.

In the trailers, we were shown the turtles, Splinter, April Oneil (new playable character), Shredder, and the clan Foot, Krang, Rocksteady and Bebop, as well as other familiar characters. In the game we will see the familiar locations from New York to the X dimension.

We are looking forward to the release of this wonderful game. The release date for consoles and pc is listed as 2022.

All copyrights on screenshots images reserved to their respective owners DotEmu / Tribute Games.