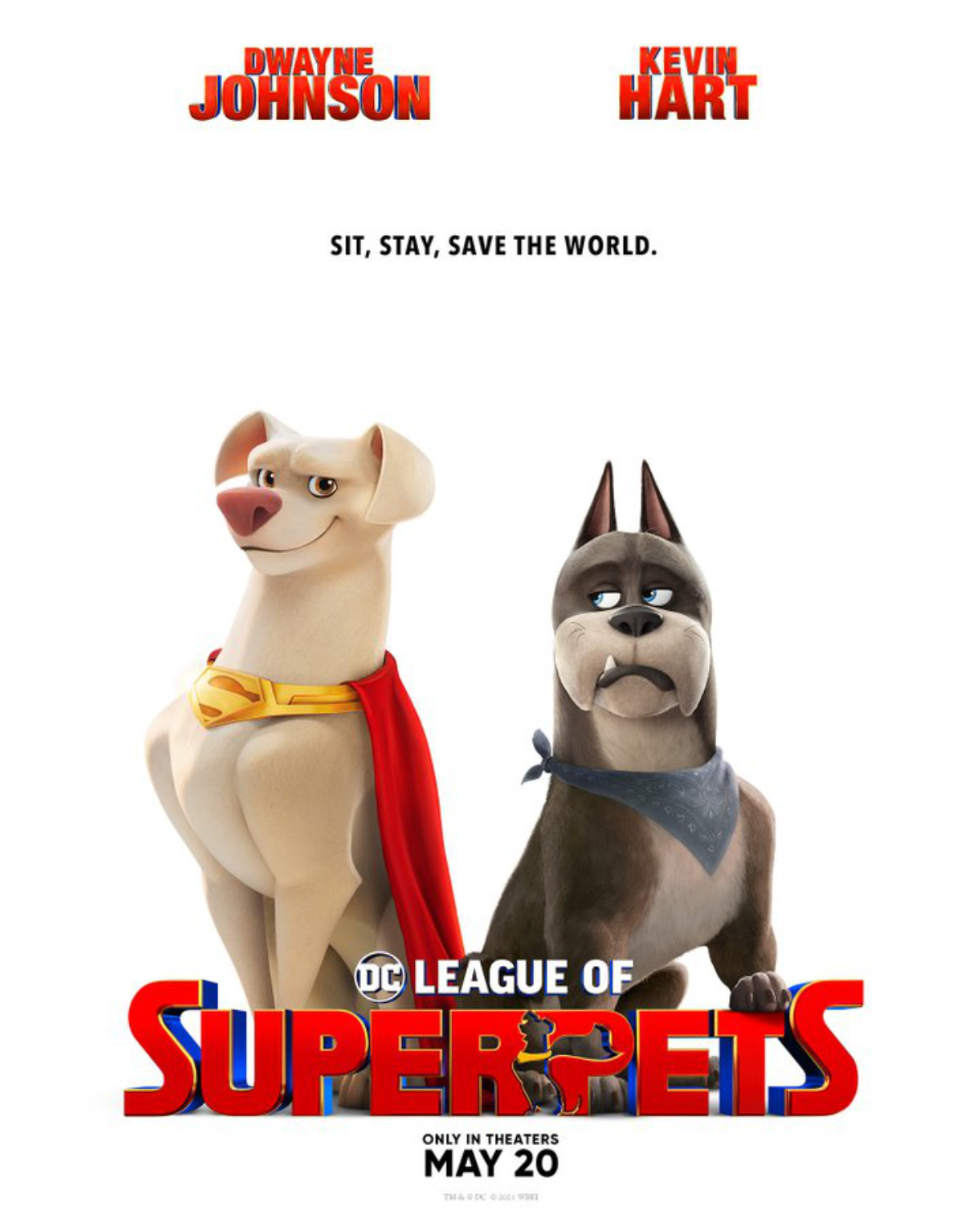 A hilarious cartoon about pets of superheroes from the DC comics universe, has received its first trailer and a release date, which is scheduled for May 25, 2022.
Posted: 24 Nov 2021

On the official YouTube channel of the Warner Bros. Picture we can see the first trailer for DC LEAGUE OF SUPER-PETS has been released. The premiere of which is scheduled for May 20, 2022.

The plot of the picture is built around Superman’s dog named Krypto, which, like its owner, has superpowers. At the moment when the Justice League is failing and the world is in danger, the brave dog decides to gather his team of superheroes consisting of animals.

The main character Crypto is voiced by Dwayne Scala Johnson, the role of Superman went to John Krasinski. Also, actors such as Kevin Hart, Vanessa Bayer, Diego Luna, Natasha Lyonne, Keith McKinnon and Keanu Reeves took part in the voice acting (recall that the sequel to the Matrix film with him in the title role is coming out soon).