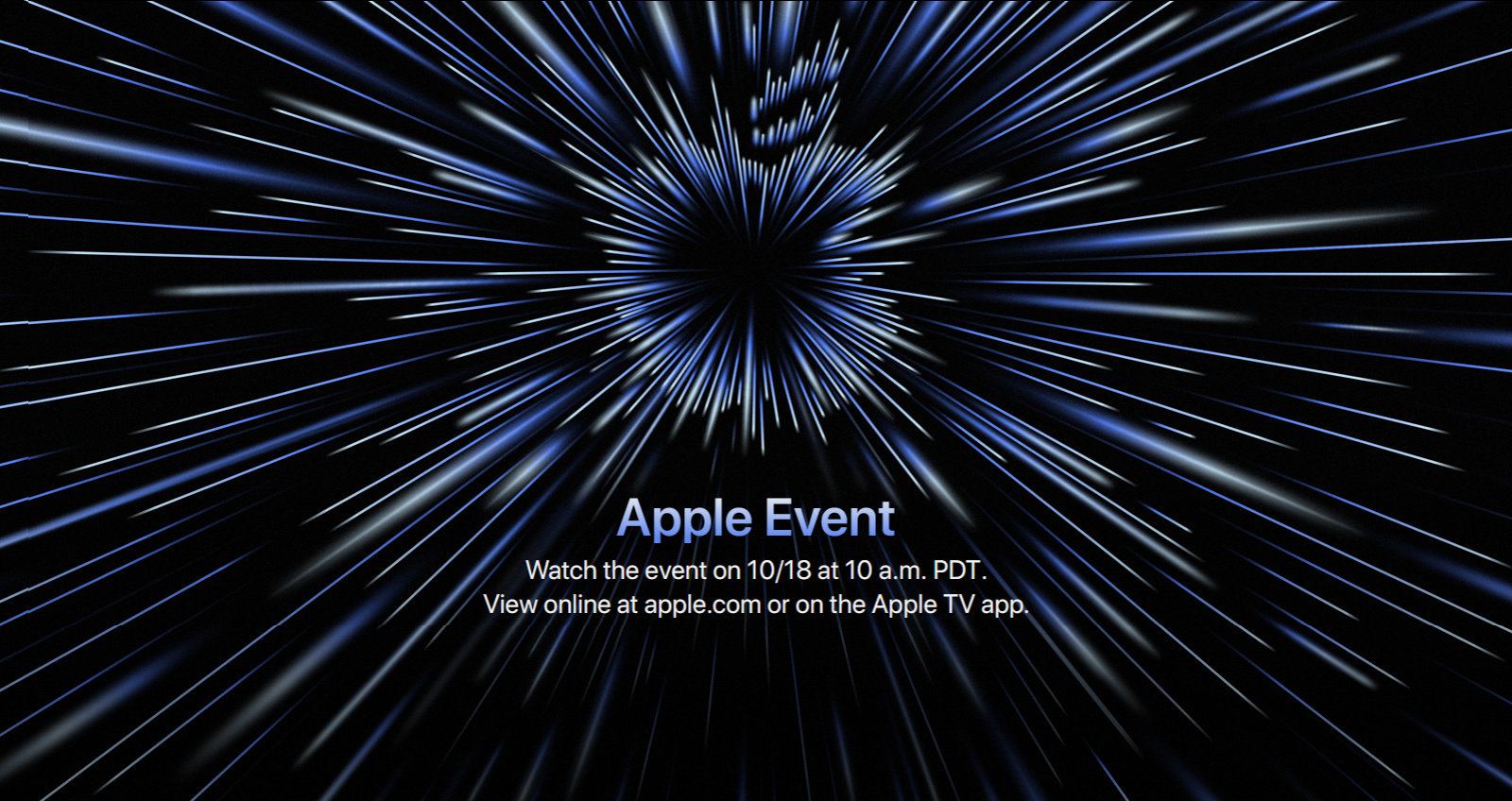 Apple has officially confirmed the date for the October event. The event will take place on Monday October 18th and will be streamed live from Apple Park.
Posted: 14 Oct 2021

Apple has officially confirmed the date for the October event. The event will take place on Monday October 18th and will be streamed live from Apple Park. Apple teases people’s curiosity by linking the event to the tags “Unleashed.” Which may indicate that they intend to introduce a lineup of devices based on the M1X silicon MacBooks, which has been rumored for a long time.

The start time is scheduled for 10am PST. It is worth noting that this is the second year in a row that the event is being held entirely in virtual format due to the COVID-19 pandemic.

The broadcast of the event can be viewed on the Apple website, YouTube channel and in the Apple TV application on iPhone, iPad, Mac. On the day before the presentation, we will receive more details about the upcoming event.

What to expect from the upcoming event? It is assumed that the headliner of the event on October 18 will be the new long-awaited MX1-powered MacBooks. Apple mentioned that it is working on new laptop formats in 14 and 16 inches. The new MacBook pros should have a mini-LED display, HDMI port and SD card slot. Also must equip MagSafe for charging. Apple may also ditch the all-touch touchbar in favor of classic function buttons. The design of the new MacBooks is expected to follow Apple’s iteration of the design we see on the Color iMac 24, iPhone 12 and 13 versions.

In addition to devices, Apple will present a new version operating system, MacOS Monterey’s, which is currently in beta testing. Most likely, the final guest of the presentation will be the new AirPods 3 headphones, rumors of which were seen on the network.

In conclusion, we can add that the most anticipated product of the upcoming presentation will be new MacBooks with a new improved processor and possibly increased RAM. If Apple does everything right, we will see an almost ideal laptop for most tasks of everyday use, whether you are a student, office worker, designer or programmer at a reasonable price.

The pricing of Apple’s ARM-based products greatly delighted fans of the brand, as prices have been reduced by almost half compared to older generations based on Intel. The cherry on top of the cake of the ARM architecture can be considered its energy efficiency, low heat transfer, which allows you to get rid of the active cooling system, after you get used to the noiseless device, there will be no turning back.

To commemorate the 10th anniversary of Steve’s passing, this short film is a celebration of his life and his extraordinary vision.